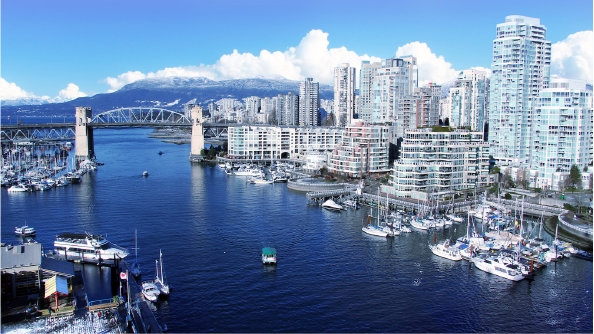 British Columbia’s foreign buyers’ tax will be increased from 15 to 20% and the geographic region subject to the tax will be expanded, the government announced as part of its 2018 budget. From 21st February 2018 onwards, foreign buyers will pay the tax not only in Metro Vancouver, but in Victoria's Capital Regional District, the Fraser Valley, the Central Okanagan and the Nanaimo Regional District. This raises the foreign buyer tax rate above Singapore’s 18% and brings it closer to the world’s highest foreign buyer tax rate in Hong Kong at 30%.

The government also announced it will introduce a speculation tax on residential properties that targets both foreign and domestic speculators who own property in B.C. but aren’t paying taxes there. A tax rate of 0.5 per cent will apply for the 2018 tax year, rising to 2 per cent in 2019.

When interviewed by 21st Century Business Herald on his opinion regarding the new tax regulations, Property Passbook’s founder and CEO, Colin Bogar spoke about the increasingly common “Satellite Family” phenomenon that the speculation tax may have an impact on. He said,

“A typical ’Satellite Family’ living in Vancouver consists of a mother and her child, both of whom do not work or pay taxes there. The father would be living and working overseas and hence does not pay taxes in B.C. as well. These ‘Satellite Families’ are common in new Chinese immigrant families to Vancouver. When my child was attending pre-school in the Vancouver suburbs, about 30-40% of the children were of Chinese descent. After speaking to their mothers in Chinese, I gathered that almost all of the fathers were still working in China. This new speculation tax targets this group of property owners who do not pay income tax in British Columbia.”

Further, a report released in December 2017 by the Canadian Mortgage and Housing Corporation (CMHC), a subsidiary of the Canadian government, presents an interesting phenomenon. The percentage of apartments owned by non-residents in Vancouver and Toronto last year was almost stagnant. At the same time, the percentage of apartments owned by non-residents in Montreal has increased, and this increase is mainly driven by Chinese buyers. CMHC reported that in 2016, 10% of the non-resident households who buy apartment houses in Montreal came from China. In 2017, this number increased to 21%. The report attributed the change in investor preference to the taxation of foreign purchasers in Toronto and Vancouver, leading to the transfer of some foreign purchases to Montreal.

To read the full article in Chinese, click here.