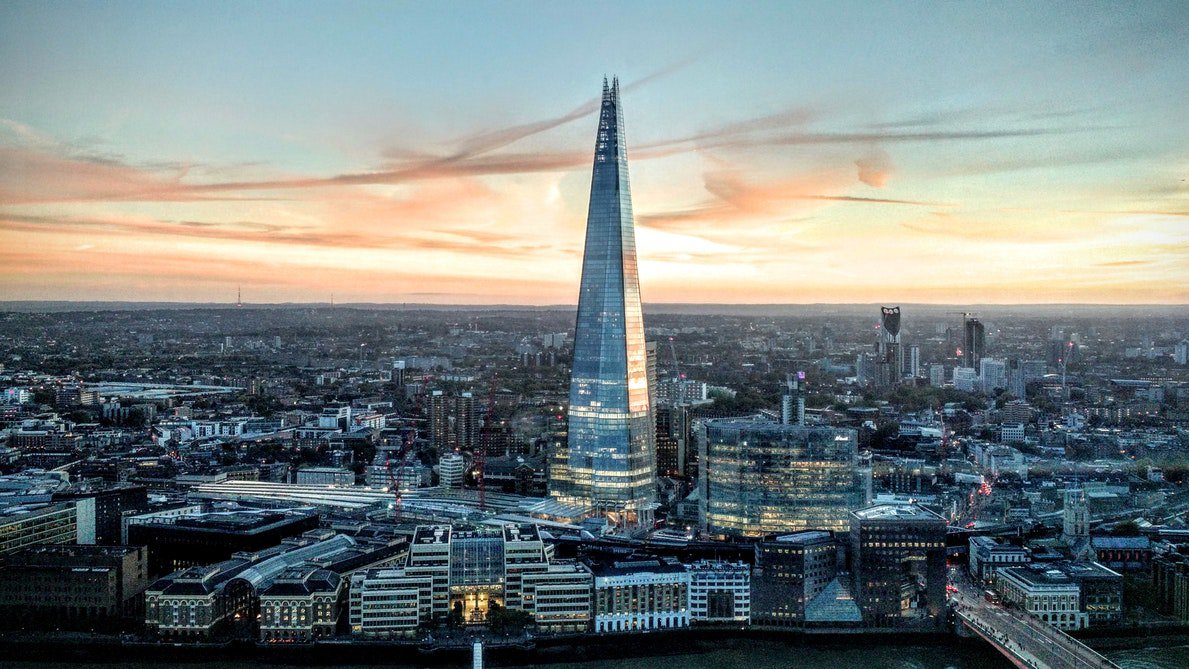 The third quarter of 2017 has been a period of strong gains, with most major equity markets providing positive returns and property markets remaining strong across the board. As we move into the last quarter, many experts have noted the current "synchronized global expansion", with growth in the industrialized world that has only been achieved twice in the past two decades: during the tech boom of the late 1990s and the mid-2000s. 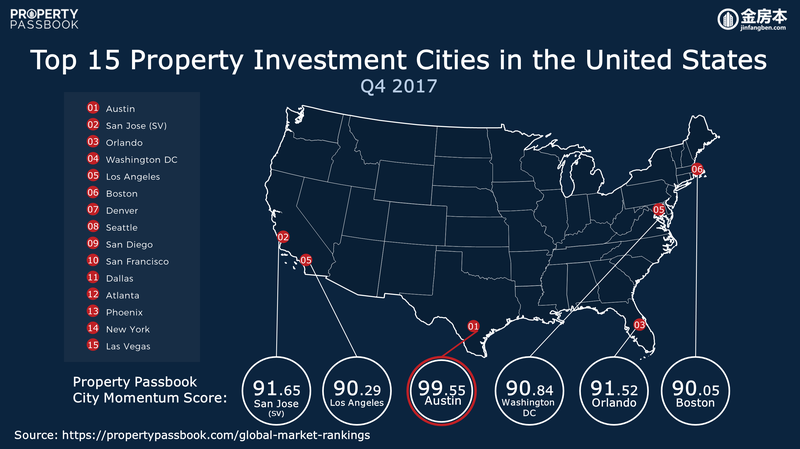 UNITED STATES
From a report by CNBC, housing confidence rose in September. This is mainly due to the rising switchovers of renters to homeowners, a survey showed. They believed that housing market is finally loosening up. This means that income is growing faster than home values. The supply of existing homes is very low, but the supply of newly built homes is rising. The Mortgage Bankers Association also reported credit availability increased in September, easing most of the larger loans to buy more expensive houses.

UNITED STATES
Trump administration released a tax plan on 27 September which will reduce marginal tax rates, increase standard deduction amounts, repeal personal exemptions, cap itemized deductions, and allow businesses to elect to expense new investment and not deduct interest expense. In view of this, the Tax Policy Center predicted that this Framework would increase the national debt over the next 10 years. The level of debt increase will dampen economic growth in the long run. A larger debt weakens the dollar and increase interest rates.

SAN FRANCISCO
The new owner of the mothballed Potrero Power Plant on San Francisco's central waterfront has submitted a plan to build a big, mixed-use project of more than 1,800 residential units on the 21-acre property. This number could jump to nearly 2,700 homes if the group is successful in obtaining an adjacent switchyard owned by PG&E.

SAN FRANCISCO
Dropbox has signed a 15-year-lease in the Mission Bay neighborhood of San Francisco, the largest single Class A commercial lease ever executed in the city. Dropbox expansion at The Exchange is an excellent example of the entrepreneurship and innovation that drives San Francisco economy. The company is scheduled to move into the building in three phases, starting in the fourth quarter of 2018 and going through the fourth quarter of 2019. 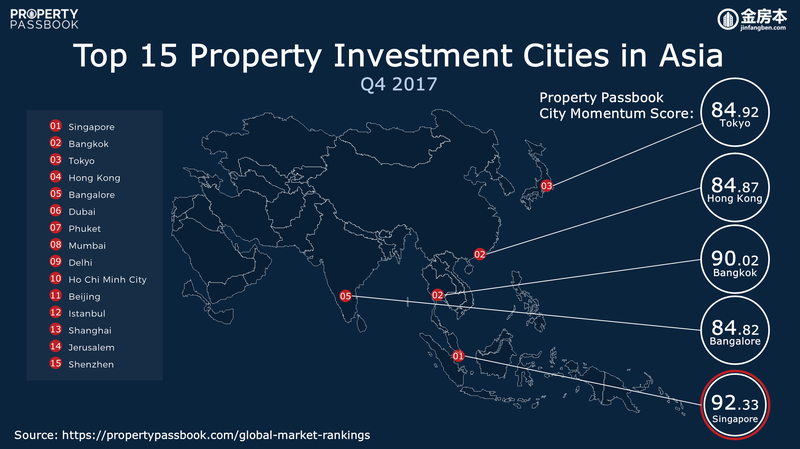 THAILAND
According to HSBC’s 2017 expat experience survey, Thailand is ranked 22nd in global rankings and 5th in Asia for living destination. This is calculated based on disposable income, work-life balance, housing, health and quality of life.

THAILAND
For land investments in Southeast Asia, most Chinese buyers are attracted to the red-hot property market in Thailand. In the third quarter of this year, Thailand accounted for 70% of total real estate inquiries among Southeast Asian countries.

SINGAPORE
Tengah “forest town” will be the first HDB town to be developed in 20 years. The area today is a vast scrubland and plans were made to develop this area. The new town will include a green corridor and a depot for the upcoming Jurong region line.

SINGAPORE
Flush with cash and squeezed out by domestic property curbs, the Chinese are making a strong push in global property markets, including Singapore and the Asia region. Out of eight land sites released by the Singapore government so far this year, three were won by Chinese developers who put in bids that far outstripped what local rivals were prepared to pay.

SHANGHAI
Shanghai’s price controls over new homes are the toughest among all mainland Chinese cities. Government price guidance on newly launched flats is the latest measure undertaken by a number of major Chinese cities to rein in skyrocketing home prices. Builders that don’t follow the price guidance will be denied presale permits. 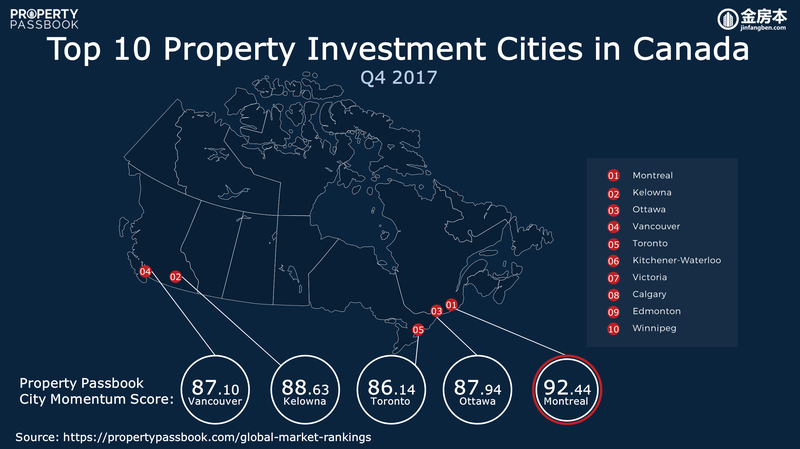 CANADA
Interest rates are going up again, as Canada's red-hot economy continues to defy expectations. The Bank of Canada raised its benchmark interest rate a quarter of a percentage point to 1 per cent in early September – its second rate hike in less than two months and a prelude to higher borrowing costs for Canadians.

TORONTO
A subsidiary of Google parent Alphabet Inc. is nearing a deal to develop part of Toronto’s waterfront, the first major foray of the search-engine giant into the creation of high-tech urban space. Sidewalk Labs LLC, would spearhead the so-called digital-city project, to be located along a 12-acre section of Toronto’s eastern waterfront. Toronto could be a lucrative home for Sidewalk's urban experiment because of the city's rapid growth, surging home prices and willingness to embrace new technology.

QUEBEC
Long seen as Canada's economic straggler, Quebec is now experiencing a mini-boom driven by unprecedented job gains. Public finances in Quebec are under control for the first time anyone can remember, ushering in a new era of fiscal predictability for companies. The province's long-term borrowing costs are now below Ontario's. The unemployment rate is at 5.8 per cent – the lowest rate since comparable data became available in 1976 – and falling faster than anywhere else in the country.

MONTREAL
The Montreal Census Metropolitan Area (CMA) saw a 9% year-over-year rise in total home sales during the third quarter of 2017 (up to 8,845), according to new data from the Greater Montreal Real Estate Board (GMREB). This represented the best Q3 sales result in Montreal since 2009 and the 14th straight quarter of increases. 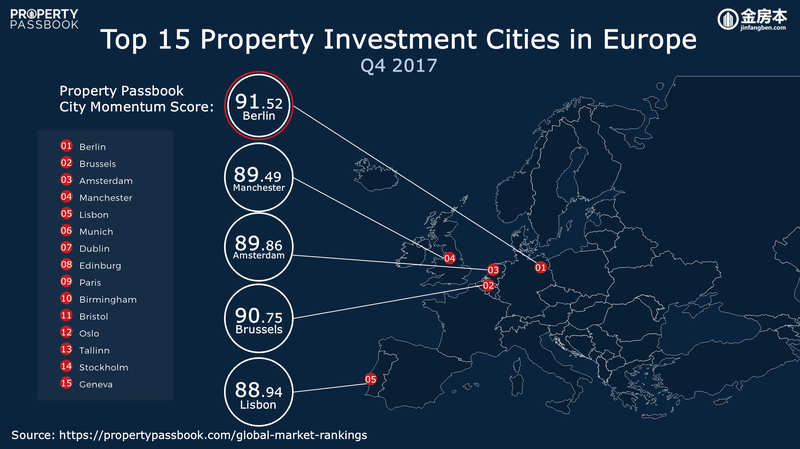 UK AND LONDON
House prices in the U.K. capital, traditionally one of the more crisis-proof assets in the investment universe, are now falling at their fastest rate since 2009. By contrast, much of the rest of the U.K. is showing a different picture, with prices rising more than 3% on average as compared to September last year. Despite falling prices in the capital, London remains the most expensive place to buy a home in the country.

SWEDEN
Warning signs mounting for Sweden’s once-hot housing market. The number of flats up for sale just hit a nine-year high and there has been a massive increase in construction. However, the flood has not been followed by a gain in purchases. SEB’s monthly housing-price indicator shows households are becoming less optimistic about the market.

CZECH REPUBLIC – The Czech Republic’s capital has the hottest residential property market in Europe. According to accounting firm Deloitte, the average price for newly built apartments in the capital reached some 92,600 koruna ($4,240) per square meter this year, up from 75,600 a year ago, a growth rate that the central bank says it higher than anywhere else in Europe.

GERMANY
Germany’s residential property market has taken off in the last seven years, with apartment prices in the biggest cities rising more than 60 percent, according to Deutsche Bank AG. Homebuyers in Germany tend to hold onto their properties for years, rather than flipping them, to avoid paying a property-speculation tax. That makes the market more resilient to property slumps.

AMSTERDAM
One of Europe’s growing creative, financial and technology hubs, Amsterdam is rapidly building a name for itself on the world stage. Government policy that prioritizes smart, sustainable development and supports local and foreign business has seen Amsterdam flourish in recent years, while its multiculturalism and liberal lifestyle continues to attract visitors and expats alike. 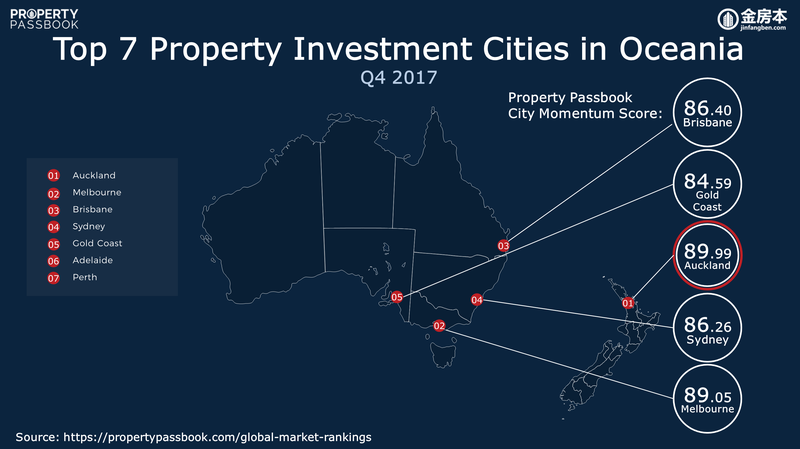 MELBOURNE
Melbourne's Southwest is Australia’s best for home price growth. House prices soared 43% in the city’s southwest since the start of 2017, while SYDNEY’s housing market show signs of slowing. Melbourne houses alone soared a nation-high 21% in value, driven largely by rapid population growth. It was expected that the high level of migration will continue to fuel the city’s property market new year.

NEW ZEALAND
New Zealand’s housing market is slowing sharply, mainly due to the introduction of new lending restrictions in October last year and worsening affordability. According to the Real Estate Institute of New Zealand (REINZ), property sales across New Zealand were down 24.5% in July 2017.

NEW ZEALAND
New Zealand’s next leader, Jacinda Ardern, plans to tighten immigration rules by slashing visas by up to 30,000. This is likely to raise concerns in China, since China is the most common source country for New Zealand resident visas. The party is also planning to ban foreign speculators from buying existing homes, an effort to help first homebuyers to enter the overheated property market.

Moving into 2018 we will be closely watching the following trends and how it affects global property markets:

Geopolitical Outlook
IMF member countries welcomed a global upswing in economic activity but warned that low inflation and geopolitical risk mean recovery is incomplete. Advice for the world’s four largest, systemically important economies – China, the eurozone, Japan and the US – has been to implement structural reforms that increase potential growth and address financial vulnerabilities. By ensuring that the cyclical upswing is associated with stronger potential and actual growth, such efforts would produce robust GDP growth, low but moderately rising inflation and relative financial stability for many more years. British Prime Minister Theresa May and European Commission President Jean-Claude Juncker have agreed over dinner in Brussels that the pace of Brexit negotiations should be stepped up in the coming months. Meanwhile, China’s week-long 19th National Party Congress is underway, with many holding their breaths awaiting the new appointments to the Politboro Standing Committee and Party Chief Xi Jinping’s announcements on China’s direction during the remainder of his 5-year term, amongst other items on the agenda.

Currency and FX Outlook
The Canadian dollar depreciated after the release of the Bank of Canada (BoC) survey of managers. The anticipated slowdown in economic growth after it expanded at an accelerated growth was reflected in the reduced forecasts. The end result still points to a healthy economy, but not at the same pace that put the central bank into hiking rates twice. The Pound Euro exchange rate has been fluctuating, as Brexit news and Spain-Catalonia tensions have weakened both currencies. While most of the talks during China’s 19 National Party Congress will focus on anointing Communist Party leaders, investors will be on high alert for any hints on whether market forces will be given a freer rein. According to the U.S. Treasury, China "significantly" curtailed intervention to support the yuan in the first half of the year as depreciation pressures faded. "On a trade-weighted basis, the currency has become more competitive globally," the department said in a twice-yearly report.

Interest Rates and Central Bank Outlook
Australia’s Reserve Bank has kept its cash rate on hold at a record low of 1.5 per cent for at least eleventh consecutive months, providing little indication of when it will allow rates to rise. The Bank of England (BoE) has been signalling that a UK interest rate hike could be possible in the coming months should UK inflation reach 3% and investor speculation of such a move has helped the currency to strengthen. While it may be hard to make a firm conclusion about the long-term implications of a rate rise, all signs point to house prices rising at some stage if rates go up. Indonesia’s success in taming consumer prices provides room for lower interest rates, Indonesian President Joko Widodo said. Eight rate reductions since the beginning of last year, including back-to-back surprise cuts this year, have failed to fire up Southeast Asia’s largest economy. The growth rate is still stuck at about 5%, well below the 7 percent goal Jokowi set when he came into office three years ago.

Housing Bubble Outlook
The risk of a real estate bubble in top global cities has increased significantly in the past five years, according to an annual report by UBS Wealth Management. The study found that Toronto is in the riskiest territory, with Stockholm, Munich, Vancouver, Sydney, London and Hong Kong close behind it. Housing prices in each of those cities rose by almost 50 percent on average since 2011. Although the study uses the word "bubble" to describe some of these markets, it does not mean that cities in high-risk territory are in "danger of imploding," according to one of the authors of the report. The data also reflects the positive state of the global economy.