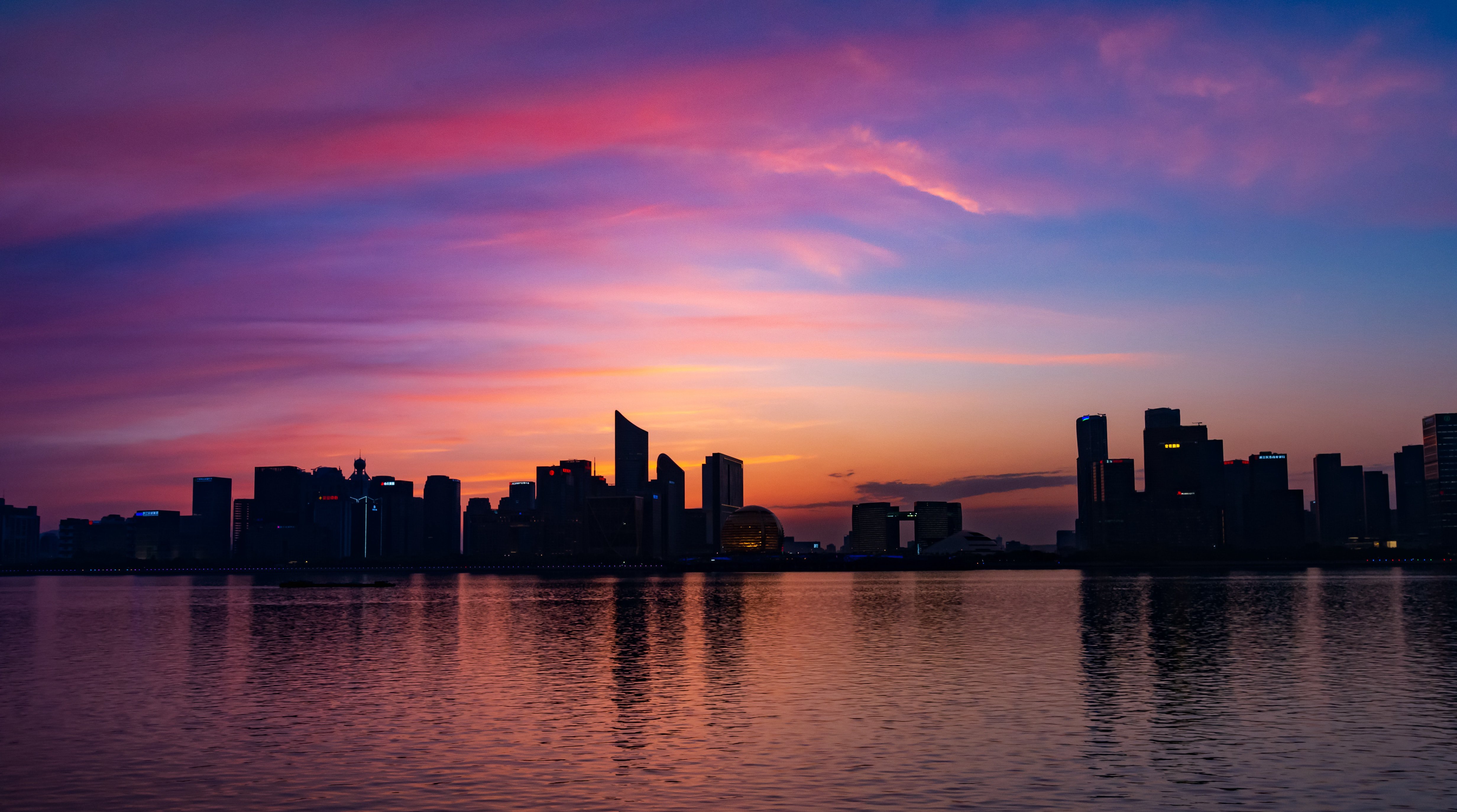 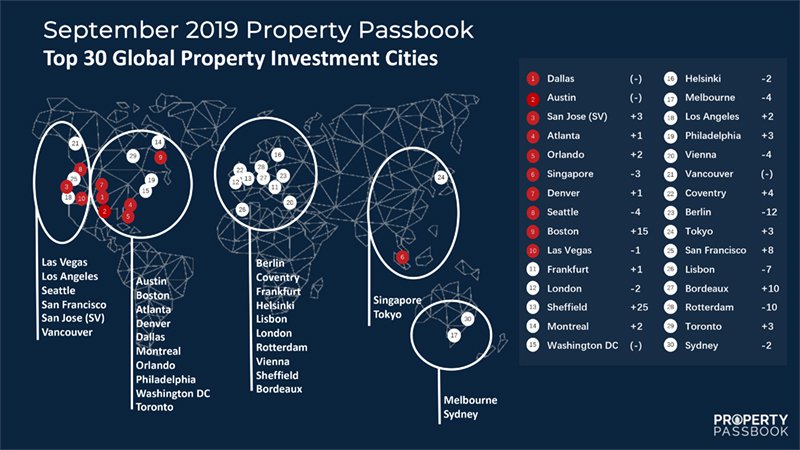 Click here for the complete Global City Rankings for September 2019

Here are the Top 10 Global Property Reads for the month of October:

“A property bubble is foaming up in many places in China,” said Chen Gong, the chief researcher at independent strategic think tank Anbound Consulting. “Prices are starting to look abnormal when compared to residents’ income.” A 1,000-square-foot apartment in downtown Xiamen, a port city on China’s southeast coast, is almost as expensive as the average home in London, even though local wages are a quarter of what’s on offer in the U.K. capital. In Hangzhou, home to the headquarters of tech giant Alibaba Group Holding Ltd., prices per square foot now rival Seattle, where Amazon.com Inc. is based. Bloomberg

2. Rochester, N.Y.’s real estate market is the least likely to tank during the next recession

Rochester as the city least at risk of a housing downturn during the next recession. Redfin computed the downturn risk for the 50 largest cities. These factors were all weighted differently, based on how likely each attribute was to contribute to a real-estate-market downturn, to produce an overall score. Rochester had the lowest score of any city studied at 30.4%, followed by Buffalo, N.Y. (31.9%), and Hartford, Conn. (33.9%) Market Watch

Two months of increasingly chaotic protests in Hong Kong are driving investment money out of the city and into Thailand's ultra-luxury condominiums, according to one of the biggest developers in the South-east Asian country. "The protests give us an advantage for this project," Mr Keerin said. "If you look at Thailand right now, compared to other countries, we have a good level of political stability." The Business Times 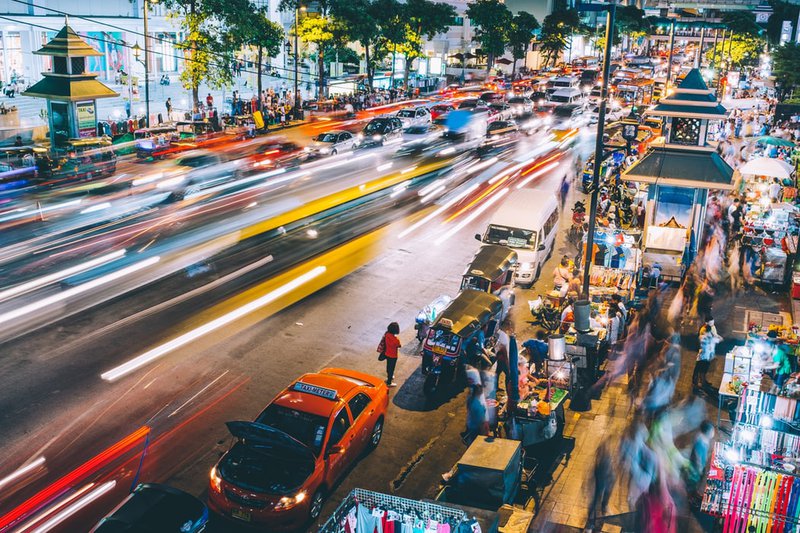 4. More Manufacturers to relocate from China to Southeast Asia

More manufacturers have relocated from China to Southeast Asia over the past few years largely because The Red Dragon’s labor costs have become less and less competitive. This trend has been reinforced by the China-US trade war that began in 2018. JLL anticipates the trend to accelerate as the China-US tariff war is driving more companies in China to relocate their operations to other countries to avoid US tariffs and maintain their competitiveness.Thailand Business News

5. The bank of mom and dad will lend — and even issue mortgages

The idea is the bank of mom and dad is lending a part of the down payment instead of just cutting a cheque. A real estate lawyer can set up the loan as a second mortgage, which is in addition to a plain-vanilla first mortgage. While the bank would be paid first as the home is liquidated, mom and dad also have a claim to the property. Global News

The continued weakening of the Sterling Pound is creating massive buying opportunities but most of these are from overseas investors. The weak value of the pound has made it much more affordable for overseas investors to purchase UK properties as a form of investment. A property which used to cost an EU investor approximately £1 million would be cheaper by at least £124,000 or more in the years to come as pound value continue to depreciate. CHG Today 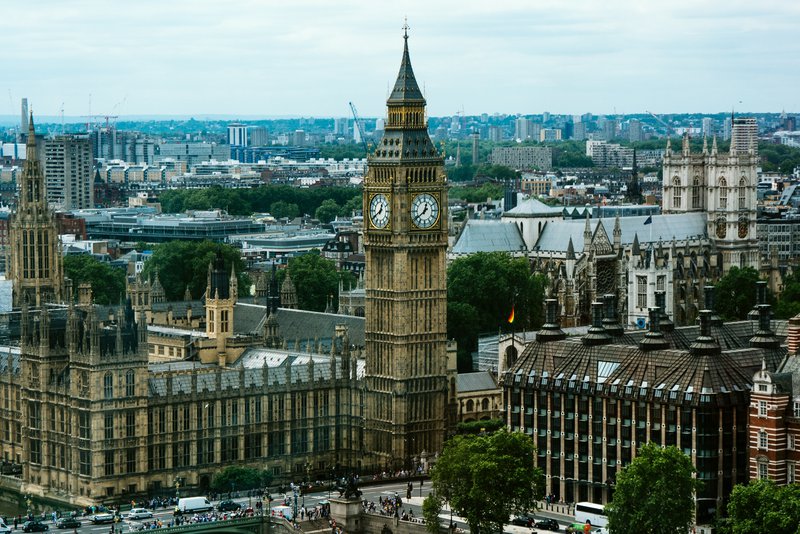 7. Vancouver home prices are falling and condos are delayed, but industry says real estate recovery on the way

In a forecast released Thursday, the British Columbia Real Estate Association said it expected sales to “normalize” by 2020. The number of residential home sales is expected to fall 5 per cent in 2019, before rising 11 per cent above that forecast in 2020. The association is expecting prices to fall by an average of 2.4 per cent this year but is forecasting a 3-per-cent price increase in 2020. The Star 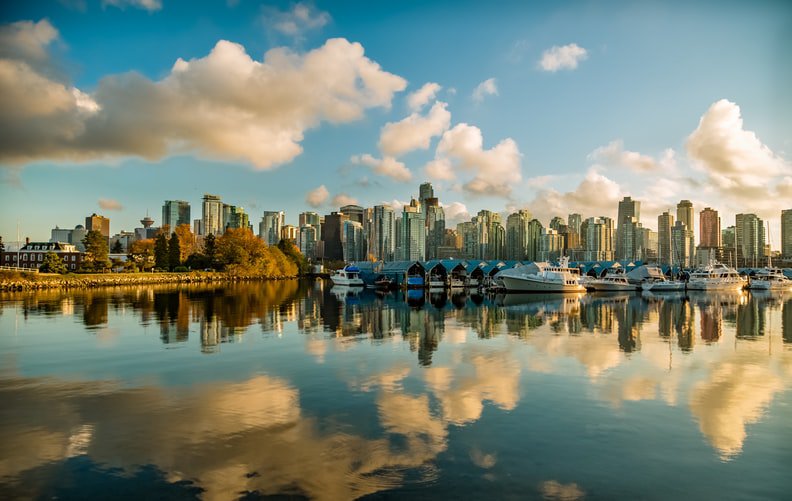 8. Hong Kong developer to donate own land for housing

New World will donate the plots, about the size of Grand Central Station in New York, from its farm landbank, Adrian Cheng, executive vice-chairman, said at the company’s post-earnings media briefing Wednesday. It’s already leased 28,000 square feet for HK$1 ($0.13) to Light Be (Social Realty) Co. until 2047 and intends to grant an additional 1 million square feet to the social enterprise, which provides affordable housing for the underprivileged, the company said. New World is open to giving some of the land for free to the government to use for public housing.Bloomberg Quint 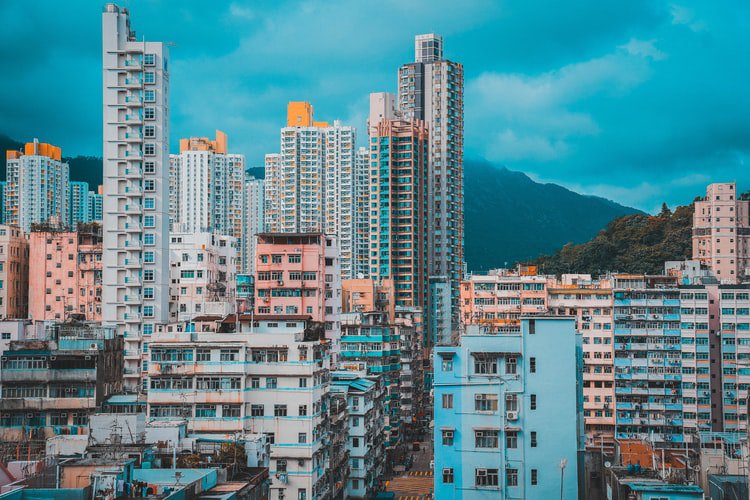 Not so long ago, it was a big deal for a co-working space to open up in smaller or "second-tier" cities because it signaled there was finally enough demand from newcomers looking for a cool place to work. Now the focus is to create bigger, branded, physical places to attract more companies, entrepreneurs and investment, according to a new "Rise of the Rest Ecosystem Playbook" put out by Revolution. Axios

10. Mortgages rates fall again - and the Feds could push them even lower

Moves by the Fed don’t directly trigger moves in the mortgage markets, since the Fed manipulates short-term interest rates and not long-term rates like those on mortgages. However, the Fed’s signals are typically baked into mortgage rates in advance of an expected cut to short-term rates. Therefore, people looking to take out a new home loan can reasonably expect mortgage rates to move downward in the coming weeks as long as the Fed is expected to cut rates.Market Watch